A gate can be either open or closed. If open, one can pass through. If closed, it becomes a barrier. Nevertheless, there is always a way to overcome such a barrier, by climbing over it or tunneling under it or breaking the lock, etc. But when the gate is a gateless gate, no barrier presents itself, in which case there is nothing to climb over, tunnel under or break. Consequently, the gateless gate is impenetrable.


The Japanese term for such a gate is "mumon." "Mu" is a negative term, meaning no, not or without. "Mon" means, simply, gate. The masters of Zen Buddhism composed little stories or prose poems, called koans, that function as gateless gates. If the disciple can penetrate the koan, the gate will open. But the koans are impenetrable, so the gate will always remain closed.

Franz Kafka wrote of a man who stood at such a gate for most of his life and was never able to pass through. The Spanish filmmaker Luis Bunuel created a film about the gateless gate, The Exterminating Angel. It's about a group of people who gather together for a dinner party but, when it's time to leave are unable to do so. Nothing prevents them from passing through the door, which presents no barrier, as it isn't locked. But for them it becomes a gateless gate and they remain trapped inside for months. The wealthy, privileged and spoiled partiers of Bunuel's film start the evening happy and carefree, but as the film progresses, food and water become increasingly scarce and the social order disintegrates.

Our president could certainly use such a gate at the Mexican border -- it would save a lot of trouble and expense.

I raise this issue here because I've gradually come to realize that the investigation of the JonBenet Ramsey case is a perfect example of a gateless gate at work. The situation should have been obvious. The body of a child named JonBenet Ramsey is found in the basement of a house in which the parents have found a rather long and detailed ransom note. It is subsequently learned that the note was written on paper from a notepad found in the kitchen of this same house. While all the doors were reported as locked by the victim's father, John Ramsey, a broken window is found in the basement, with a hard suitcase propped just underneath it, flush with the wall, suggesting that an intruder must have entered and possibly also left via that window. However, only a few pieces of broken glass are found on the floor -- and Mr. Ramsey has claimed that he himself broke that window months earlier, after accidentally locking himself out. But Mr. Ramsey has never explained the presence of the suitcase, nor has he provided an explanation as to why he, by his own admission, closed that window after finding it open and never reported what he had found to the police on the scene at the time. And as was reported very early on, the housekeeper who had recently been spending a lot of time in that basement denied any knowledge of any broken window.

Since there was in fact no kidnapping, and since there is no logical reason why a would-be kidnapper would not prepare his ransom note prior to entering the house, coupled with the fact that to this day no conclusive evidence of an intruder's presence has ever been found, it seems obvious that the "ransom note" could not have been written by a real kidnapper, but must have been written by someone living in the house, with the intention of staging a phony kidnapping. Meaning that the child must have been killed by one of the three people residing in the house that night.

While it's been suggested that both John and Patsy Ramsey must have colluded to cover up what really happened by staging a fake kidnapping, Patsy called 911 first thing in the morning to report that her daughter was missing and that a ransom note had been found. It therefore makes little sense to suspect Patsy of involvement in either the crime or the staging, since the long, carefully composed note was clearly written with the intention of disposing of the body prior to calling the police. By calling them while the body was hidden away in the most obscure corner of the house, Patsy nullified the effect of the note, which she would not have done if she had either written it or had been involved in the staging. As should have been evident once the body had been found, something had gone wrong with the planning behind the note and that something could only have been Patsy's 911 call.

Despite all the suspicions centering on Patsy nevertheless, no one has ever been able to come up with a plausible motive for her to kill the child who had become the center of her whole existence, on which she had been lavishing huge amounts of attention and expense. Nor has anyone ever been able to come up with a motive for Patsy or John to go to such bizarre extremes to cover for their young son, Burke, on the assumption that he might have inflicted the head blow on his sister, a wound that could easily have been explained as an accident.

In fact, the only motive that makes any sense at all can be inferred from  the finding of a group of pediatric experts, as reported in Steve Thomas's book: JonBenet had almost certainly been sexually molested prior to the attack that killed her. While it's never been possible to unequivocally identify the person who molested her, the desire to prevent her from exposing him as guilty of both child abuse and incest is in fact a very persuasive motive for murder and indeed, once an intruder has been ruled out, the only plausible motive that's ever been raised for anyone to do all the things that were done to her that night. It thus makes a great deal of sense to infer that the person who murdered her is the same person who had been abusing her. Since the only mature male in the house at the time she was murdered was her father, John Ramsey, and since it was Patsy, not John, who made the 911 call that would never have been made by someone who had been staging a kidnapping, it stands to reason that there was more than enough in the way of probable cause for John Ramsey to be indicted and put on trial for this crime.

Not only did this not happen, but due to factors that I've elucidated many times on this blog and need not repeat here, John was ultimately all but ruled out as the possible abuser/ murderer, with all attention  focused on either his wife or his frail 9 year old son. Steve Thomas announced to the world that he had given John "a pass," James Kolar refuses to even consider John in his book, and the investigators in the CBS special, when evaluating all possible suspects, including both Patsy and Burke, fail to even mention John's name.

Considering the above, reinforced by all the other facts, evidence and inferences presented by me along with many others throughout this blog, this should have been an open and shut case. The door was in fact wide open and the solution clearly available for all informed persons to see. But no one in a position to make a difference has been able to pass through that door. Why? Because, like the gate in Kafka's fable, or the front door in Bunuel's film, it is a mumonkan -- a gateless gate.

So what's the catch? What IS  this "gateless gate"? Is it a total mystery or is some sort of explanation possible? Well, as I now see it, after many years of pondering the possible meanings of Zen, and realizing that no, it is not a form of mysticism, but an eminently practical philosophy, I have a theory. What is known in Zen as the gateless gate is a set of obstructions placed in everyone's mind that prevents them from seeing what is simply there before them -- unless they are psychologically prepared to see it. Because of the manner in which this case developed such an obstruction arose very early on, based on various factors, primarily the dubious, but NEVER contested, decision to rule John out as writer of the note and the conviction that, given no intruder, both John and Patsy ("the Ramseys") MUST be in it together. This interpretation has ultimately become a mind set, a barrier, preventing so many from even contemplating the very simple evidence, facts and logic of the case. Thus no amount of evidence, new or old, is going to change anything, because the case is really not about evidence at all, but the impossibility for so many of penetrating that gateless gate -- the mindset that holds us back, time after time, from accepting what is so obvious about the world around us and even the  nature of our own existence.

As I wrote some time ago on a very different blog:


The koan has been described as a hot coal stuck in the throat that one can neither spit out nor swallow. The Gateless Gate is the Gate of Hell. 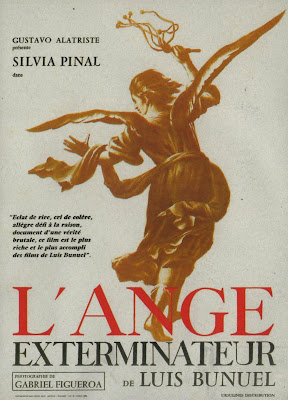