Amazingly enough, the JonBenet forums seem as active as ever, even after all these years -- but I've noticed a significant change. Whereas Patsy Ramsey was originally everyone's favorite murder suspect, that "honor" has now fallen to her son, Burke. Not only on the forums, but also in so many comments I'm reading on this blog, people seem unable to let go of the idea that Burke Ramsey could be the one who killed his sister, either on purpose or by accident. And since, as we know, she was sexually assaulted, these same people have no problem tossing that accusation into the bin along with everything else -- including, of course, strangulation with a "garotte."

Well, not exactly popular request. However, some readers have been bugging me to write a book on the case for some time, and they keep pestering me, and so finally I decided, against my better judgement, to give in and let them have their way. So here it is: 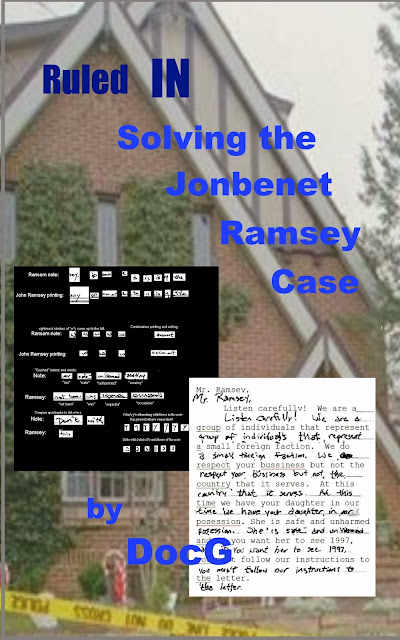 (To purchase a copy, click on the cover image.)