I've been considering a piece of evidence I hadn't thought about in a while, something that's rarely if ever discussed. Not something I myself discovered. I found it on a Facebook page devoted to the case -- can't recall what that was or how to find it again. But someone here might know.

I'm not going to tell you what it is, because I'm curious as to whether anyone reading here will see it. It concerns a very interesting difference between this page of the ransom note 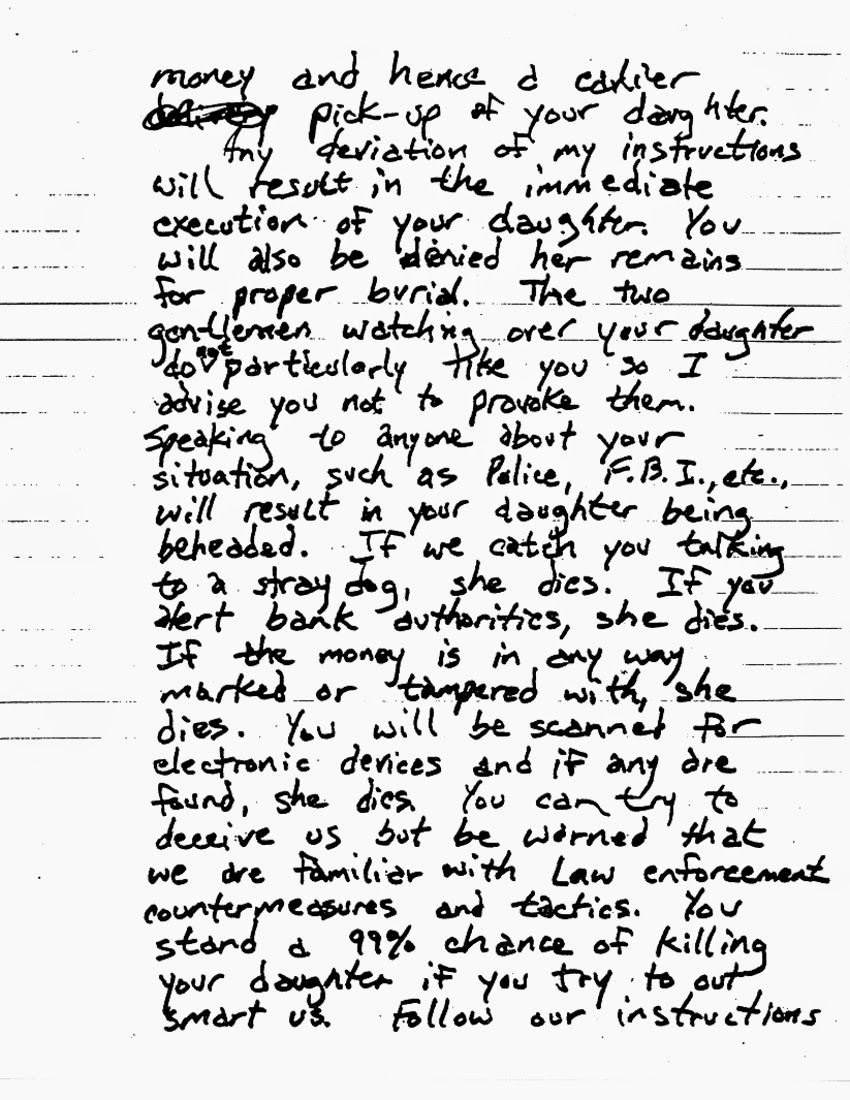 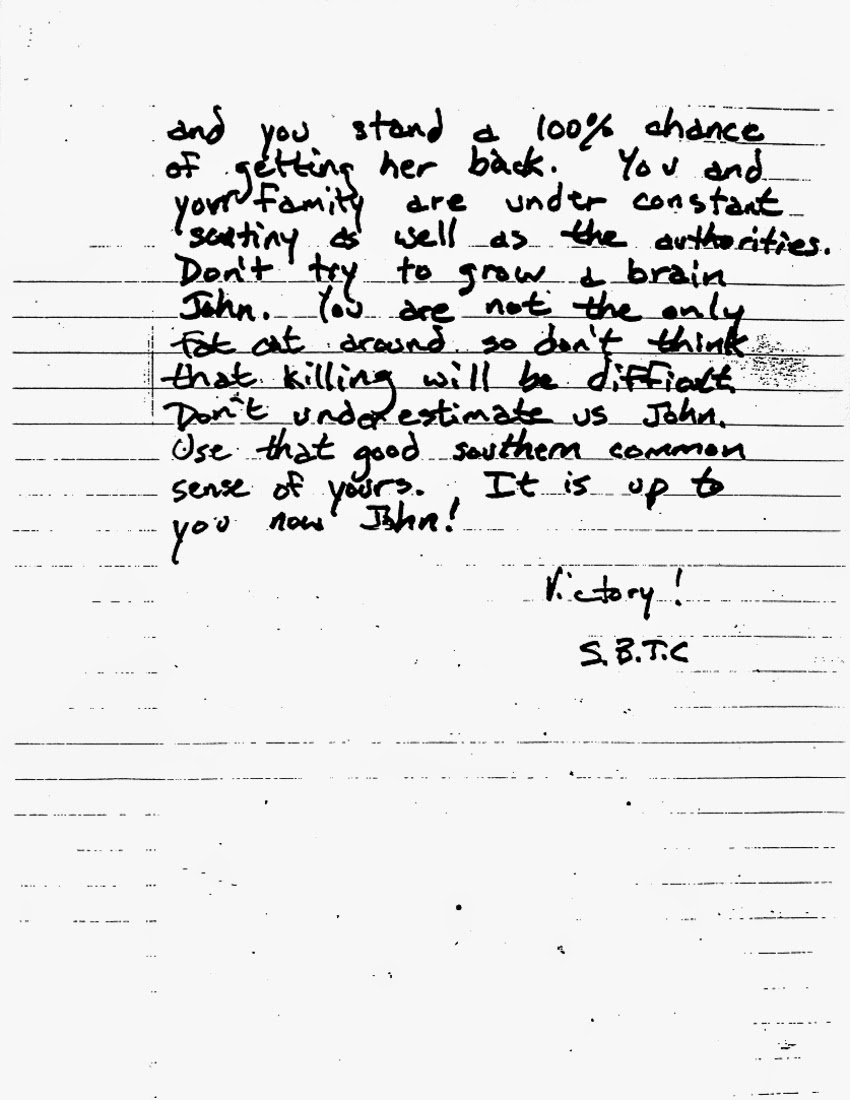 Back in July 2013, I presented a theory, prompted by some comments from someone calling himself "Pete," that John could have premeditated the murder and could therefore have prepared the "ransom" note in advance. You can find that post here. My theory prompted a lively debate in which considerable skepticism was expressed. I admitted then that I was on the fence regarding that possibility. There would certainly have been plenty of time for John to write his note after the murder. On the other hand, it did seem to have been carefully prepared, both conceptually and physically. And if, as I strongly suspect, it had been traced or copied from a computer display, that in itself would have taken considerable time and patience, not to mention a certain amount of trial and error. Not to mention, also, the possibility that his wife or son could awaken at any moment and catch him in the act.

There's been lots of discussion here lately by several very intelligent, observant (and persistent) commenters focusing primarily on the 911 call and whether or not John wanted that call made. To save time and effort, I've decided to add a post summarizing my thoughts on this issue, and explaining, moreover, why I feel so sure John is the culprit and Patsy the innocent dupe.

If we focus only on the call per se, and neglect the overall context of the case as a whole, then admittedly it's hard to understand why Patsy would want to support John in a lie over who decided to make that call. Since my approach has been to concentrate primarily on the facts, I've emphasized that it was Patsy who called, not John. And on the basis of that incontrovertible fact, I've concluded that, given the absurdity of the intruder theory, Patsy must be innocent and John guilty. My reasoning is summarized as follows:

Since the previous post now has over 200 comments, I've decided to continue the discussion here.
Posted by DocG at 11:33 AM 213 comments: